The Guinness World Records title for the fastest speed by a vehicle indoors, until recently, stood at 86 mph. The rules – strictly enforced by Guinness World Records – are daunting. Keen had to start his record attempt and finish it at a standstill, all within the space of the building – there could be no run up, no safety net and no doors open, and therefore no escape route. For good reasons, therefore, the record has stood for seven years.

Nevertheless, Keen proceeded with his planning. He required a car that was surefooted in challenging conditions, a vehicle that’s among the hardest accelerating and, just as important, hardest decelerating to break the record safely. Leh opted to make his attempt in the all-electric Taycan Turbo S, possessing a maximum of 750 hp, with four wheel drive to maximize grip, carbon-ceramic brakes and the ability to accelerate to 60 mph from a standstill in just 2.6 seconds.

For the venue, Leh selected the Ernest N. Morial Convention Center in New Orleans, Louisiana. At just over one million square feet, the convention center has the largest contiguous exhibit hall in the United States. However, like many other indoor facilities, the polished concrete surface replicated ice when being driven over at speed, Keen said.

“I didn’t really appreciate the scale of the record attempt until my first exploratory run. The surface is so unpredictable, so slick, that you have to have complete trust in your car. It truly was like ice – and you’re accelerating flat out, facing a really hard wall at the end. Suddenly, even in a massive space like the one we had, it seems very small,” said Keen after his record attempt. “I could feel the Taycan’s systems figuring it out, working so hard to keep me heading straight – it was such an impressive feat. To accelerate so hard on such an erratic surface was incredible. Not for a moment did I doubt I could do it.”

Leh’s strategy was to build up slowly with low-speed exploratory runs. The stock street tires were preheated as a precaution. And, when it came to the record attempt, one run was all it took. “I did take a moment on the starting line – knowing I was going to have to go as fast as I could, and stop again, all before reaching the wall I was facing. It got my attention. I used the car’s launch control and the Taycan just hooked up – the sensation of speed indoors, even in such a big space, is enormous – that wall rushed up fast. I was gentle on the brakes in the end – the Taycan’s brakes were more than up to the job. Of course, I didn’t look down at my speed so it came as a surprise and a relief that I’d beaten the record, and by such a margin. It was a rush. I’m thankful for Porsche for trusting my abilities and for their preparations and encouragement – 102 mph inside a building. What was I thinking?”

The Guinness World Records title for the fastest speed achieved by a vehicle indoors was confirmed by independent adjudicators as 102.6 mph – set by Keen at the New Orleans Convention Center in a Porsche Taycan Turbo S.

-by THE SHOP staff 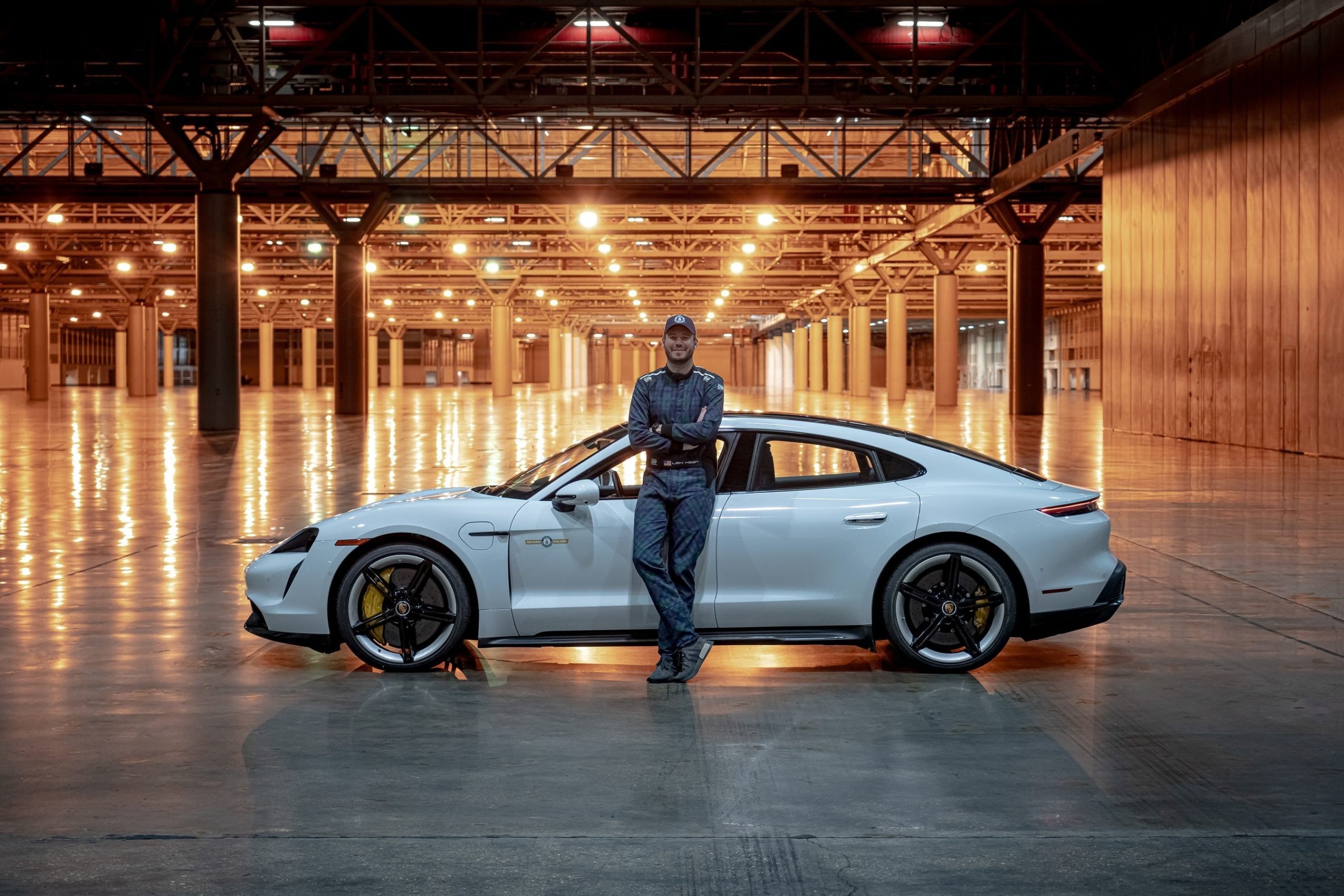