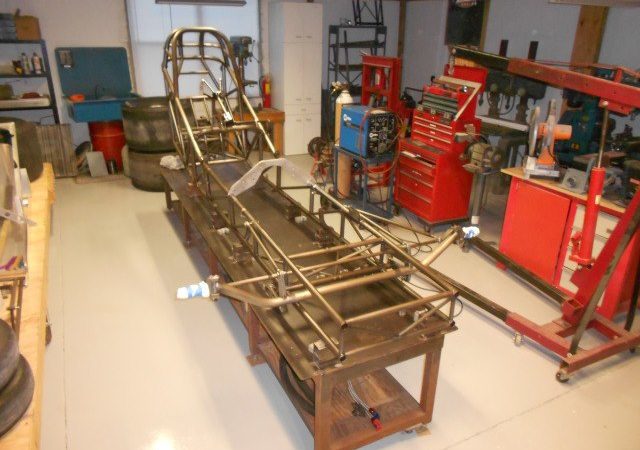 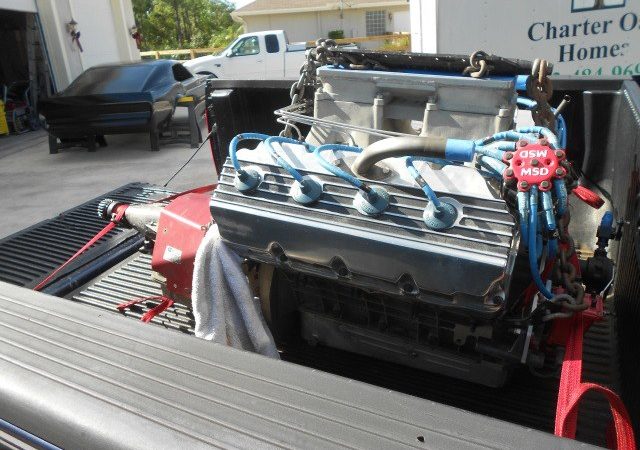 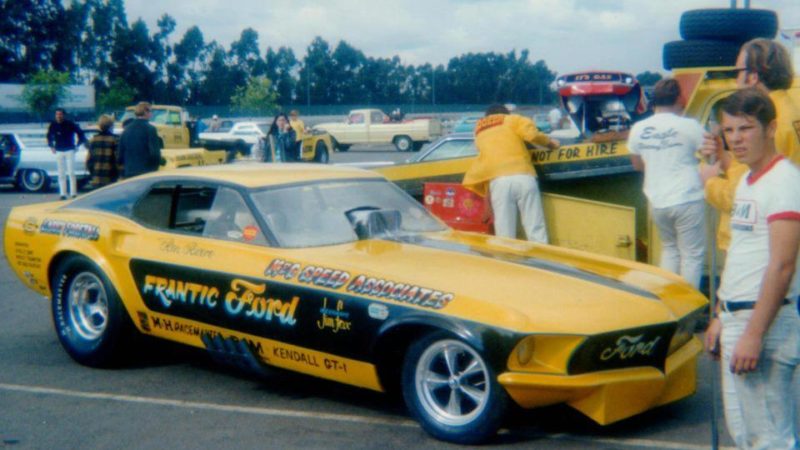 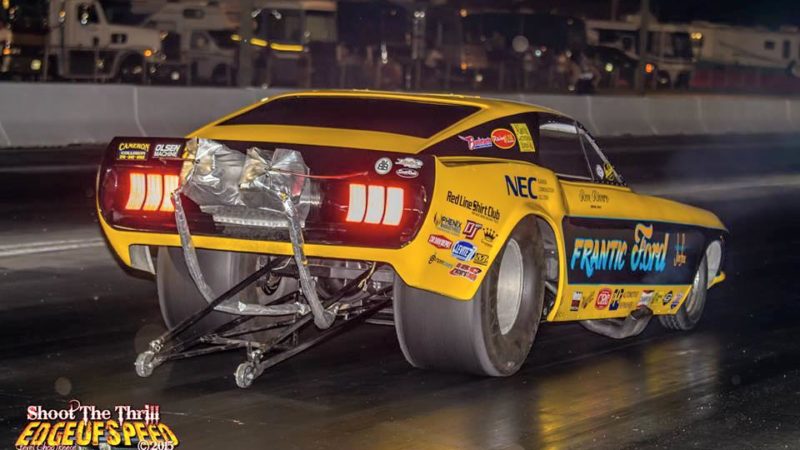 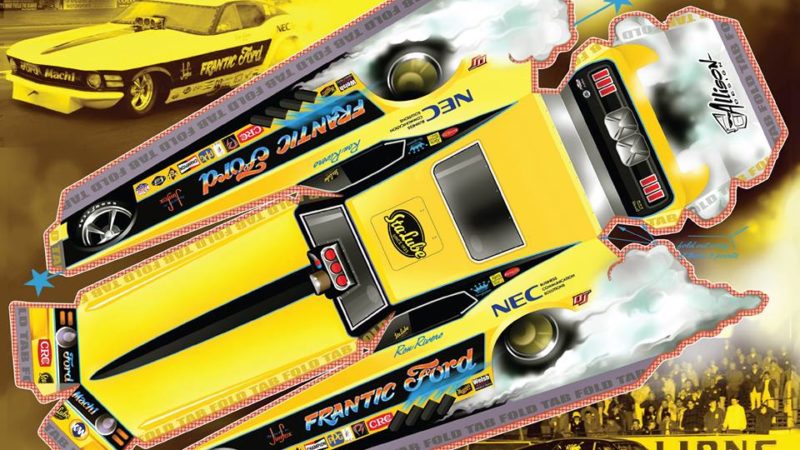 The RETURN OF THE FRANTIC FORD …
Just about every facet of life goes through a metamorphosis and this is no exception. In the late '60s, one of the most recognizable fuel dragsters to be immortalized in print was campaigned by the team of Weekly, Rivero, Fox & Holding. Virtually every photo of this car showed Norm Weekly powering into a giant wheelstand with the front tires slightly tilted and smoke billowing off of the rear slicks. The car was a photographers dream and a fellow racers nightmare.
Norm Weekly, Ron Rivero, Jim Fox and Dennis Holding were also known as "The Frantic Four" in drag racing circles. They blazed a trail far and wide and were rewarded with numerous victories throughout much of the 1960's. Ron Rivero would gain some seat time as well and prove himself quite capable at the controls. When 1968 rolled around, the Funny Car movement had begun to really take hold and Jim Fox figured that a switch was imminent.
In 1969, Funny Car racing offered new opportunities. Capitalizing on the reputation of the Frantic Four, the first in a long line of Ford bodied funny cars was aptly named the Frantic Ford. Following the switch to the Funny Car class, the Frantic Ford quickly established itself as a certifiable contender all up and down the east coast. The Frantic Ford's list of drivers included Ron Rivero (up to 1970), Sarge Arciero ('71-72), "Rapid Roy" Harris ('72-73) and Dodger Glenn ('74-78). The cars performed very well throughout the years racking up numerous victories up and down the eastern seaboard and in the Midwest. The most successful years were '75-77 when owner Jim Fox brought partner Freddy Frey into the mix. With a fresh influx of cash from Frey and the talented Dodger Glenn behind the wheel, the team was almost unbeatable at the many match races run during that period.
Sometime late in '77, both Fox and Frey decided to retire from active competition and sold the entire operation to Dodger Glenn to run as his own. Dodger enjoyed running the show and always proved to be a fan favorite. In July 1978 during a second round match at Maple Grove Dragway, Dodger suffered an engine explosion and subsequent crash which claimed his life at 33 years of age. The news affected the entire drag racing community but Dodger's memory still lives on in the hearts of the fans and all that knew him. It was decided at this time by all parties involved to close the door on Funny Car racing for the foreseeable future.
After a three-plus decade hiatus from the sport of drag racing, the legendary east coast terror from the '60’s-70 has once again emerged to enter the asphalt wars.

The new nitro breathing Frantic Ford Mustang Mach I is back to entertain it's legions of fans from throughout the years. Frantic Entertainment Group and Al Liebmann with Pirrone Racing are campaigning the 1969 1/2 version of the Frantic Ford Mach 1 Mustang AA/FC as part of the newly created "Classical Nitro AA/FC" group with Rocky Pirrone at the helm. The Frantic Ford features a state of art new nostalgia funny car chassis along with a period looking fiberglass body with all the latest safety equipment making it legal to run at all NHRA & IHRA tracks

The Frantic Ford Mustang has a special place in Rocky heart it was first funny car Rocky ever worked on as a nine year old kid, helping Jimmy Fox with between round maintenance... Rocky's father Joe Pirrone built the transmissions for this car and having the chance to bring it back to life is something Rocky is looking forward too...!    Check out Team Frantic @ www.franticford.com and on Facebook for updated info and future race dates. See you at the races! FRANTIC FORD NITRO FIRE UP with Joey Pirrone in the seat

FRANTIC FORD NITRO FIRE UP with Joey Pirrone in the seat