All of our cars have a unique, modern twist to vintage classics.

After working with Troy Trepanier at Rad Rides by Troy in Illinois, Andy Leach moved back to Omaha where he worked as a welder while operating a side business building cars out of his garage called CAL Creations.

In late 2008, Andy met Ron Cizek who hired Andy to do bodywork on his 40 Ford coupe. Witnessing Andy's talent and with similar vision and passion, Ron and Andy launched CAL Automotive Creations into a full-time business. And just over 3 years later, CAL Creations is unveiling their first major car, Checkered Past, at Autorama in Detroit, Michigan. When asked what Andy's inspiration was for creating such a unique company, he responded, "This is a passion." It is more than a passion, it is an artful form to automobiles. Cal Creations includes the old, the new and a racing background all blended into one.  Andy's true inspiration came from his own love of cars.

The beauty of CAL Creations is that everything is custom. If they buy a store-bought part, they usually cut it up and create something of their own. You won't find a single bolt-on part on his latest creation. All of their cars have a unique, modern twist to vintage classics.

As far as the future of CAL Creations and Andy's goals, he says, "Right now we're buried in projects and that is a really good sign. We just want to keep growing, add a few more employees and a few more projects."

Eventually Andy says they will move into a new building and wants to get into other areas selling machining and fabrication parts. But his primary focus will remain to be hot rods.

Andy takes pride in every car having its own identity and taking on a life of its own which helps lend credit to CAL Creations success. 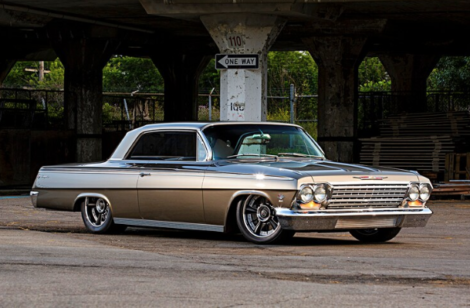