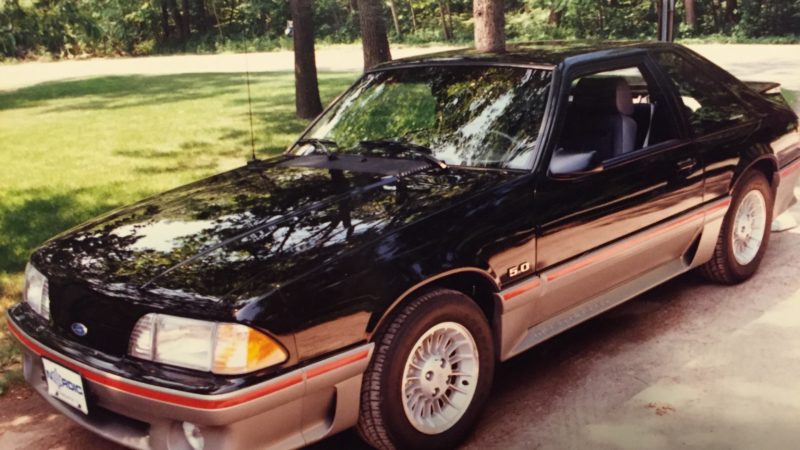 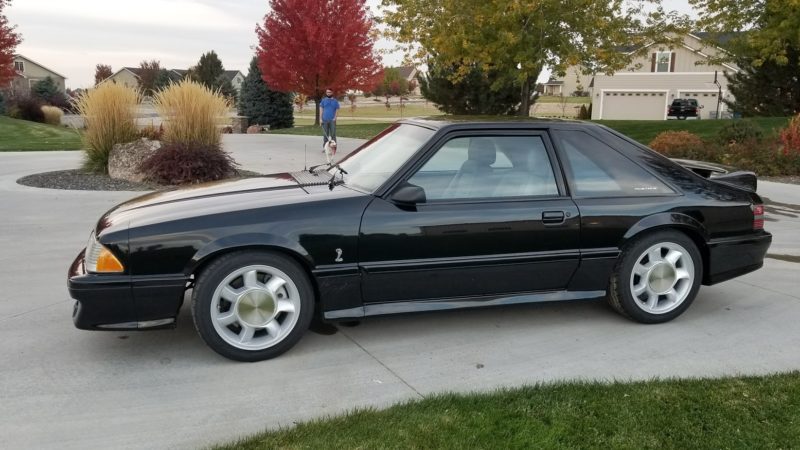 1988 Ford Mustang – Still with me after all these years.

I purchased my 88 Mustang GT two weeks after graduating from Vermont Tech in Burlington Vermont.  The dealership did not have many 5.0L mustangs on the lot but I decided to see what they can to for me.  Bring only 21 at the time, I had to have my mom consign for me.  The car stay mostly stock for years until I moved to San Jose, CA were I met Charlie Bruno of Charlie's Mustang.  Being new the CA, I wanted to join a Mustang club to get to know other of like mind.  Charlie told me about the Norcal Shelby Club where I began opening tracking my Mustang.  Quickly I discovered I needed better brakes and suspension.  From there the mods kept coming.  In about 1999 the Mustang got in a small accident from someone running a red light.  The car then got the cobra treatment and was painted all black.  The motor now is a 331 one stroker with a ARF 185 heads, crane cam, cobra intake with JBA headers.  The brakes are 2004 Cobra brakes and SN95 spindles.  Suspension is a mix if several things with Koni shocks and Ford Performance control arms.