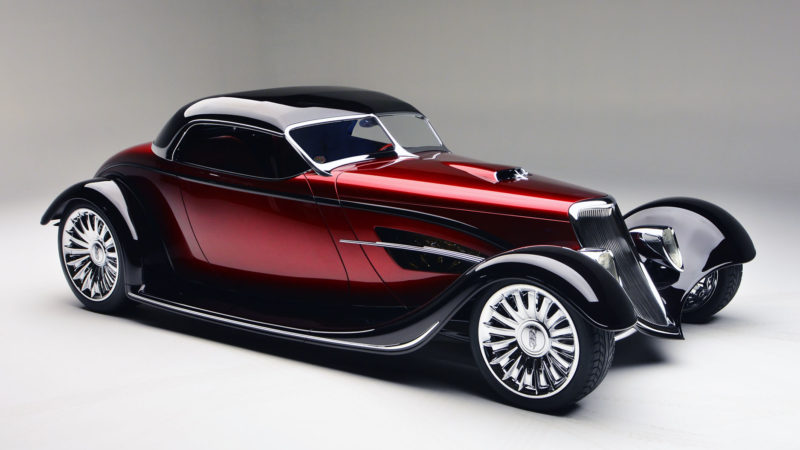 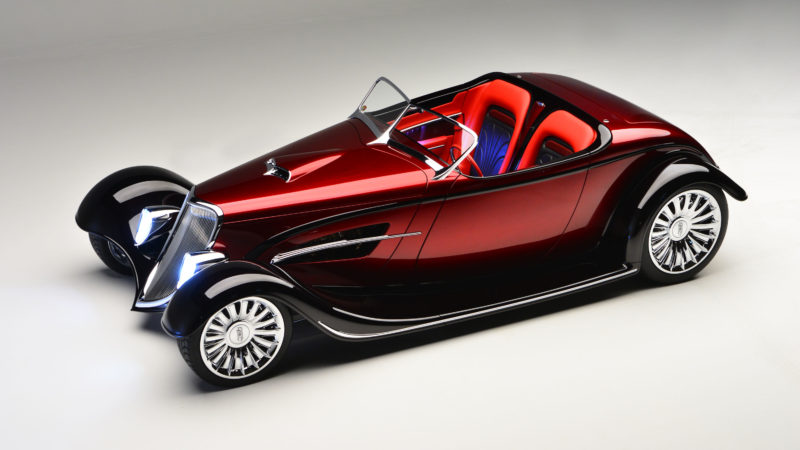 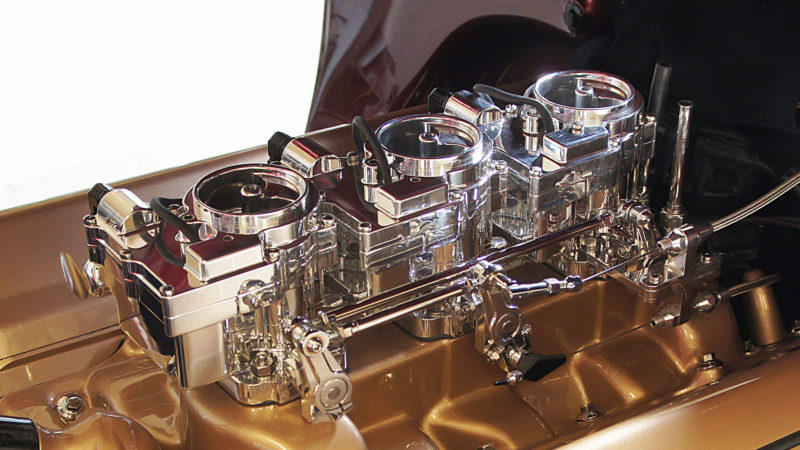 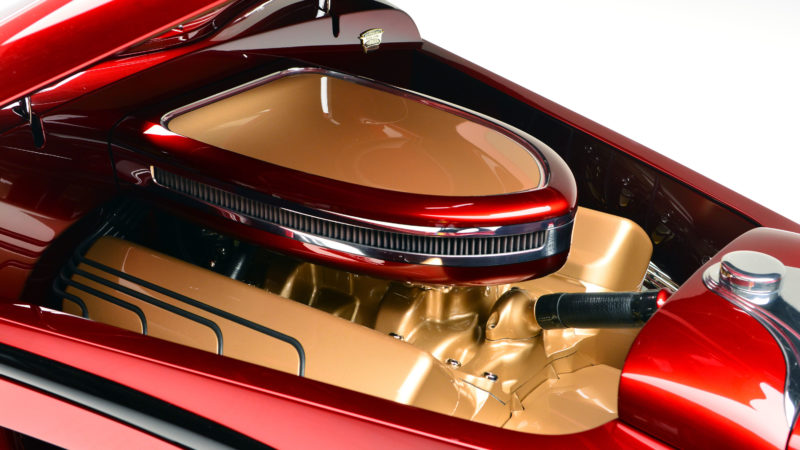 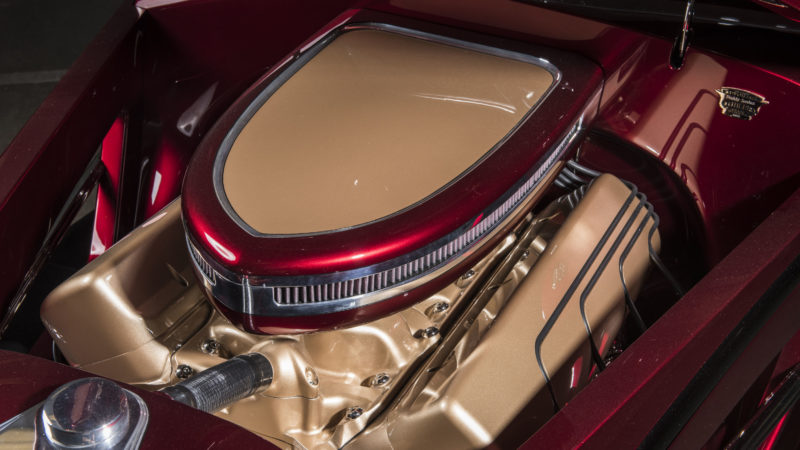 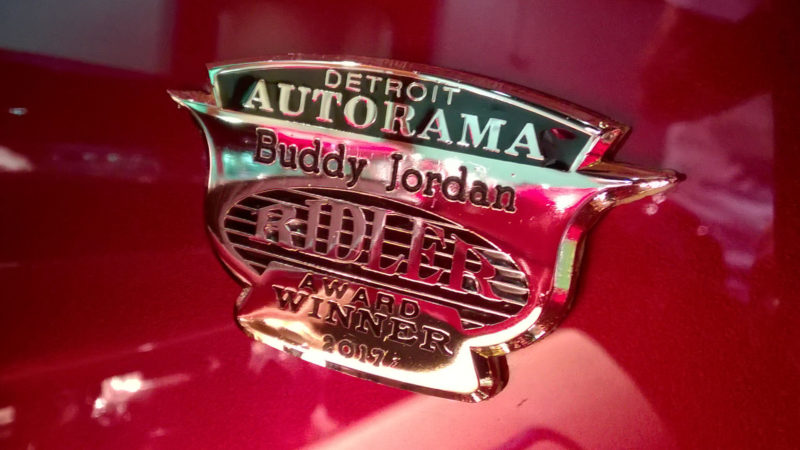 This rolling example of coach built artistry was hand crafted by the talented crew at Steve’s Auto Restorations specifically to compete in the 2017 Detroit Autorama.  Appropriately christened as the Renaissance Roadster, this creation was never a car to begin with.  It was created from a designer’s rendering by pen and pencil and the computer.  Approximately 95% of the car is hand built.  All body, fender and hardtop sheet metal is built “in house” out of hand formed aluminum.  The chassis was built “in house” out of sheet steel and round tubing.  All of the chrome plated trim was hand built either out of brass, steel or aluminum.  Gauges were upgraded by Classic Instruments in a 1930 Nash gauge cluster provided by S.A.R.  Chris Ito designed the outer profile and shapes of the car while in house designer, David Brost, did the remaining design work on the interior trim and steering column/steering wheel, engine compartment components, directional wheels and matching backing plates, and all of the chassis and suspension components.  The wheels and hubcaps, backing plates, driveshaft, rear propeller shafts, “A” arms, uprights, third member cover, steering column, steering wheel, hood side trim, air cleaner base and top, and valve covers have all been designed on the computer and CNC machined as “one-off” parts.  The headlights are “one-off” units as well as the rear bumper/taillight assembly.  The engine is an aluminum 427 cubic inch block with a “one only” aluminum intake manifold and fabricated fuel injection in machined aluminum “look like” carburetors.