Joe is known for his 1965 GTO “restomod” that won the General Motors Award at SEMA in November 2009. At 21, Joe was half the age of previous winners. He may be the youngest winner ever, but Joe has plenty of experience as a gearhead. He started rebuilding lawn mower and weedwhacker engines in grade school. In high school he started restoring totally junked cars by scavenging parts from all over the world... all before he could drive. Then after two more projects he started his 1965 GTO project at age 19. He bought three other cars for parts and working out of his home garage (with no lift) he installed a custom tube frame, dismantled, stripped, repaired, and reassembled the entire car. He built a Pontiac engine with over 500hp and 600ft/lb.

The build was highlighted in HOT ROD Magazine in Spring of 2009. After the SEMA Show in Las Vegas he won First Place at the LA Roadster Show in January 2010. HOT ROD Magazine invited him to be one of just 50 cars on the 2010 “Power Tour”.  HOT ROD did a six-page follow-up article on the completed build (June 2010).

CoyBilt is ready to build the ride of your dreams. Whether it is a total “restomod” like Josiah Coy’s award winning ‘65 GTO, or upgrades for your current ride, we can build it to the highest standards of performance and reliability.

“We are a shop dedicated to excellence and innovation, my goal is to build a reputation that reflects those qualities.”
Josiah Coy 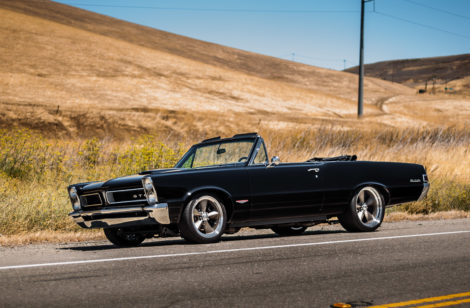 Coybilt — First start up of the MPFI Holley injected 488 Pontiac

Coybilt — First start up of the MPFI Holley injected 488 Pontiac